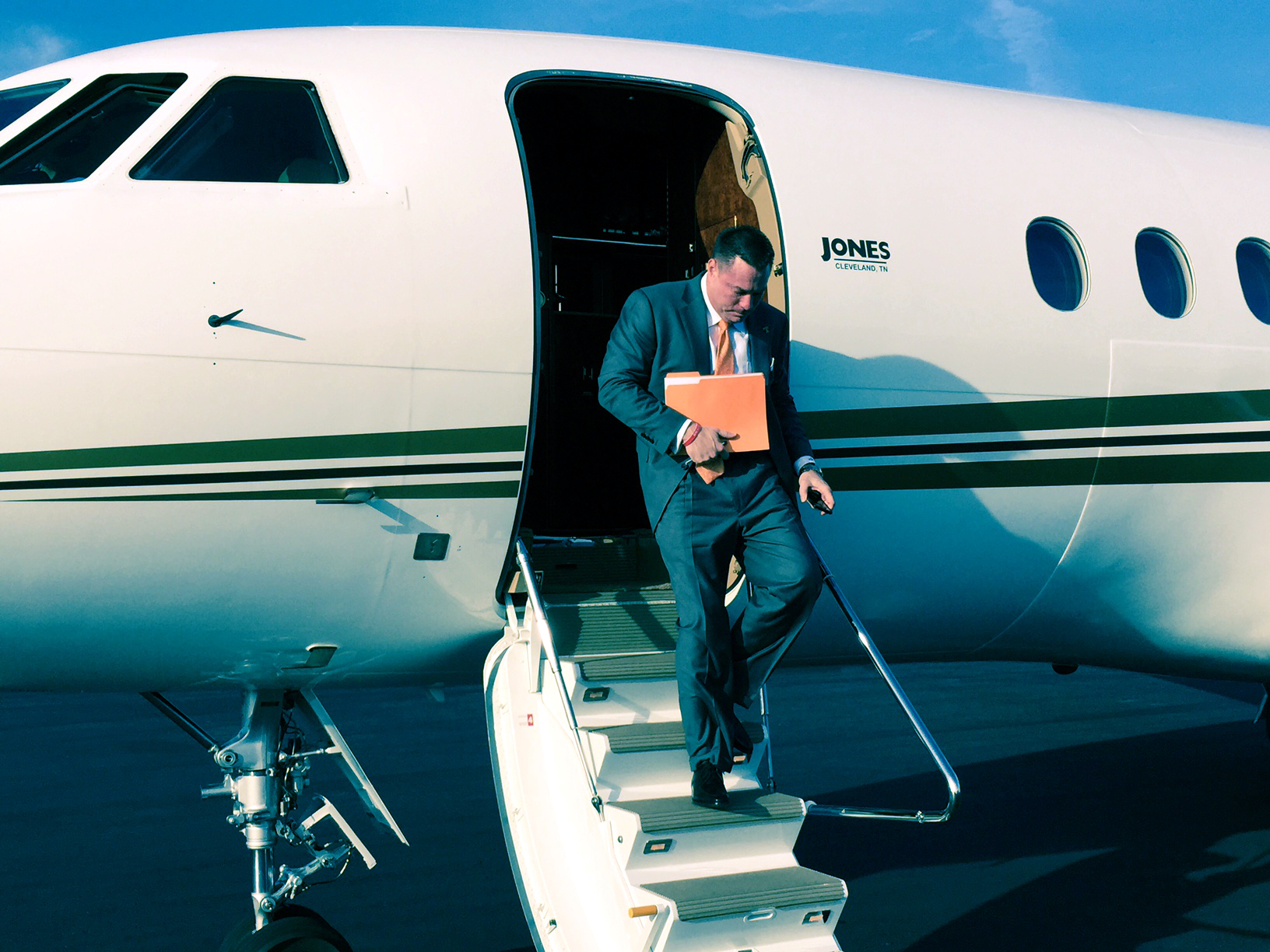 We’re officially (voice trails off) weeks into the college football season, and one thing’s for sure: UCF and UTSA are going to play for the national championship.
If two things are for sure, though, the other one is that there’s going to be a shitload of coaches fired this year. It’s already begun!
With that in mind, I decided to take a look at the coach’s most likely to get fired, what they can do to save their jobs, and who will replace them when they do get fired because we all know they ain’t gonna save their damn jobs.
Let’s get started!
Butch Jones – Tennessee
Hoo boy. Ol’ Butch is already fired, he just doesn’t know it yet (he totally knows it).
How do you get fired after your team wins the Championship of Life? How does that happen?
Oh. Right. You get your shit pushed in by Georgia. Bye, Butchie.
Most Likely to Replace Him
There have been a lot of names bandied about: Chip Kelly, Jeff Brohm, Dan Mullen. But we all know who they should call.
Tee Martin.
That’s right, USC’s OC has experience winning natty’s at Tennessee, and nobody is better at following in the footsteps of stupid-looking white guys who don’t careabout women.
Plus, after a couple of years at USC, Martin probably knows the best way to pay players, and Tennessee needs all the goddamn help they can get.
Kevin Sumlin – Texas A&M
The Swagcopter has officially crashed, and Josh Rosen crashed it.
The thing about Sumlin is, he might actually save his job. He has that one horrible loss against UCLA, and the near-misses against Nichols and Louisiana-Lafayette, but he’s still 4-1 on the season. That ain’t bad.
Oh wait. He’s got Alabama this week. Never mind.
Nick Saban is still mad about Johnny Manziel. Hell, Nick Saban is still fucking furious that Little Debbie discontinued the Double Decker Fudge Round. He’s going to take it all out on Sumlin, too.
Bye, Kevvie.
Most Likely to Replace Him
Maybe David Shaw or Willie Taggart?
HAHAHA JUST KIDDING A&M AIN’T NEVER HIRING ANOTHER BLACK COACH IT’S TEXAS A&M Y’ALL.
They will hire the whitest, most boring coach imaginable. Somebody who makes R.C. Slocum look like M.C. Hammer.
(Editor’s note: I don’t know what that sentence means, but I hate it.)
Aw hell. We all know it’s gonna be Jeff Fisher. Let’s turn that 9-4 into 7-9, boys!
Mike Riley – Nebraska
Nebraska football has a problem. Specifically, the problem is that the fans think that it’s still a relevant program with a snowball’s chance in hell of winning a national championship.
It’s not. Nebraska football has gone the way of Lawrence Phillips, except with worse execution.
The school has fired coach after coach for the crime of being "very good" when the inbred fans think they should be Alabama. I get it — there’s no reason why the sister-fuckers in Tuscaloosa should be successful, either, but life is a shithole, so you might as well get used to it.
Most Likely to Replace Him
If Riley has a shortcoming, it’s that he’s too nice to succeed in the cutthroat Big 10. Nebraska needs a coach with some edge, someone who can make this team a mean, consistent winner.
Nebraska needs Bo Pelini.
Jim Mora – UCLA
I know what you’re thinking — things aren’t that bad at UCLA. They beat Texas A&M and Colorado! They have the #1 recruit in the nation on the team! That’s not bad for a water polo school!
I don’t know if Jim Mora should be fired, I just know that he will. And that’s good, because fuck him, and fuck his daddy. What a pair of whiny little bitches. I can only imagine the carnage when Mrs. Mora cooks something they don’t like. "Hot dogs? Hot dogs?!"
Most Likely to Replace Him
Let’s see…who’s a failed NFL coach that will generate exactly zero excitement while ensuring that UCLA continues to suck hind tit in Los Angeles for the foreseeable future?
Everyone ok with Mike McCarthy here?
Bert Bielema – Arkansas
This one’s sad, because there’s never been a better pairing of a white trash coach with a white trash fan base than Bert and Arkansas.
Hey, remember when his wife taunted Wisconsin? Payback for that was a bitch, because the gods punished her by making her have sex with her husband. *Shudder.*
Can you imagine having sex with Bert Bielema? The man ejaculates Cheez Whiz.
Anyway, he’s a shitty coach, and he’s gone.
Most Likely to Replace Him
While Bert’s tenure has been a complete, utter, and spectacular failure, that doesn’t mean that Arky should get away from hiring white trash. It’s who they are. It’s what they do.
I think they should hire John Daly, because he’s a good fit (nothing is a good fit for John Daly) and it’s not like Arkansas is relevant anyway.
Steve Addazio – Boston College
Addazio is Boston College’s coach and a noted Sgt. Slaughter cosplayer, but he’s much better at one of those than the other.
This man used to be Florida’s OC, and yet he runs the shit-boringest offense I ever did see. Dive. Dive. Pass to the flat on 3rd and 9. Punt.
Listen, they should fire him, if for no other reason than that’s the only way to get people to care about Boston College for a half second.
Most Likely to Replace Him
Don’t replace him. Fuck it, who cares? It’s Boston College.
Ed Orgeron – LSU
Oh, don’t get your hopes up, Tiger fans. You’re stuck with him.