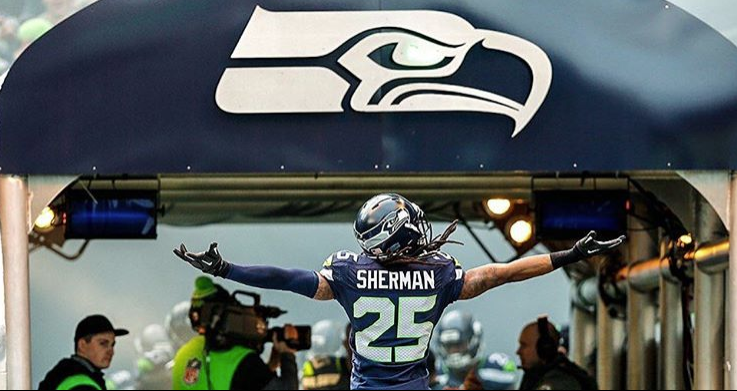 One of the many problems facing the NFL is player safety, and despite the “strongest commitment to player safety in history” the league still rolls two teams out every week on four days rest for a shit show of a game in pajamas.
Last Thursday night we lost Richard Sherman for the season, and it defies credulity to claim you are looking out for player safety when these Thursday games still exist.
The real issue for the NFL is, was and always will be money. So in order to make something safer, you are also going to have to make it profitable.
That is why I now give you………………..(drum roll for no reason).
THE 18 WEEK SEASON!!!!!!. AND EVERY TEAM GETS 2 BYE WEEKS!!!.
(Editor’s note: I’m leaving the periods after the multiple exclamation points in the above sentences just to give you some idea of what I have to work with here.)
Here is how this “not hard to think of at all” idea will work:
Each team will play 16 games in 18 weeks.
Weeks 1 and 18 will be full schedules, all 32 teams will play.
Weeks 2-17 will have 14 games. Four teams will have a bye each of those weeks.
All teams playing Thursday night games will be coming off of one of their bye weeks, thus assuring full rest.
There will be NO Thursday game played the last week of the season.
There will still be two Thanksgiving games, so people in Detroit and Dallas can avoid their family for part of the day.
The two teams that play in the first week’s Thursday game will have to play two Thursday games for the season. Neither of those games will be on short rest though, because they can adjust their preseason schedule to rest for the first game.
The regular season will be eighteen weeks long, giving the NFL another whole week of regular season games to broadcast.
HOW ARE YOU SO DUMB THAT YOU HAVEN’T FIGURED THIS OUT!!!
I WILL TAKE THE COMMISSIONER JOB FOR 1 MILLION A YEAR.
JERRY JONES CALL ME ASAP!!!!